Blockchain is getting increasingly popular and catching everyone’s eyes every day, all thanks to Bitcoin! The coin that started it all still holds the crown of being the GodFather in the blockchain space.

But there’s one problem. There isn’t much else to it besides the stability. And Bitcoin is surely not known for its scalability.
But the blockchain space is much more than that, and bitcoin has little to offer besides the network it has (In decentralized space, the one with better network/miners is safer, BTC tops that).

Then there is Etherum, which brings decentralized contracts to the table and enables a lot of apps to be made upon the blockchain. (P.S. Ethereum is just the blockchain, not a coin. The ETH you see around is Ether which is built on top of the Ethereum block chain, and there are many more on top of it too).

Bitcoin and Ethereum are not something I came here to dive deep into. They are of course the gold and silver of the space, but what I want to shed light on is how much variety is there in the decentralized space and most certainly is something there for your interest.

Still though, if you’d prefer going through the basics of blockchain before digging into newer projects, I had covered Bitcoin in an easy language in the past. You can go read it here -> From Bitcoin to Mining to Halving, all explained like we’re five.

P.S. I share links for reference in here. None of the following projects have any sponsorship with Knowledge•Day. None of this is a financial advice from me, feel free to explore for yourself. 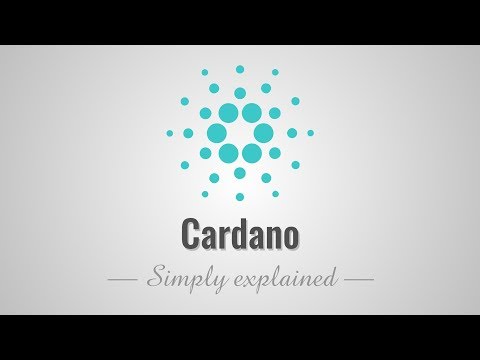 Bitcoin, the gold of digital currency, is known for starting it all. And is also the first generation digital currency. Ethereum came in as the second generation upgrade to fix some of bitcoin’s scalability problems and brought Proof-of-Stake to the table (different to proof-of-work of bitcoin).
But how does Cardano, which claims to be the third generation blockchain work and how is it different from the previous two? This video from youtube takes a take to explain that. The words decentralization, blockchain, crypto may indeed make you roll your eyes, but it doesn’t have to be that way. Besides blogging, podcasting, and user videos some platforms allow you to play games as well.
No AAA gaming mind you, the $$$ companies probably haven’t weighted their interests in this space. But wouldn’t you be interested in knowing how I brought a home virtually at a real American address?

Well, the link to the game is below, and I’d show you the street view of my home in the game. (The virtual purchases happen on the real network and the transaction gets recorded in the block too, the game can show you.)

Street view of my first house purchase in the game

Know about Richard’s idea for new internet (from the Silicon Valley TV show)? If you do, then you know this is the only way it could be executed.

In case you haven’t seen the show, I’ll brief it here: The main guy had this idea of developing a new version of the internet where data storage and processing is not done in a few companies’ data centers to exploit, but instead into the computers and smartphones globally as a lot of storage and processing power is usually just lying there for most systems. See it as Airbnb but for data and calculations. (Yeah, and now go watch the show. It’s simply amazing.)

Filecoin is a decentralized storage provider and covers up for the storage part of the above idea. Instead of trusting one company with your documents, they can be split up and saved around the world on different computers.

Read more about it here »

Ain’t no currency without papers or coins or cards. Something feels lacking right? That’s where hardware wallets come in. Safepal is one of them. I’m only picking one here because it looks cool and so far has been come out to be very reliable as well.
The PayPal of cryptocurrencies. This gives you a real card for transactions. Did I say card? A real electronic device with a screen, camera, and buttons to navigate. Doesn’t it look beautiful? This comes into the picture when you make transactions frequently (no, not trading; transactions with the public around) and you wanna have a hardware wallet too.

Know more about it here »

In 2016, a blockchain-based blogging and social media website called Steemit started catching eyes. Why? Because of its blogging platform. It’s a combination of Reddit and Medium functionality-wise and allowed a very easy way of earning through your content.
Upvotes and comments on posts (and on comments too) earn STEEM points, STEEM could then be exchanged for BTC or USD on exchanges then.
Now that was Steemit while it was community-run. Later the platform was acquired by Tron, which was kinda forced and hostile. Naturally, the community didn’t like it, and they forked it into another blockchain called Hive in March 2020, which in addition to blogging has a lot more projects in its ecosystem - Games, NFT marketplaces, Video platforms, Microblogging, communities, and even a podcast platform developed by the guys I know - Aureal.

Alrighty, that was it for this KD TiLT issue.
You know you’re reading this on the website, and you could get this sent through mail as well?

Mails I send are personalised too. You’ll get the next knowledge day article delivered promptly. :)