Do people really think the world is flat?

I’ve seen a lot of people joking about the flat-earthers and sharing memes about the same. But have never met an actual flat-earther.
But that doesn’t mean we’re seeing jokes about the void. It’s interesting that in recent years the term “flat earth” has tripled up in google search appearance.

That’s the current statistics of the shape acceptance. But there was a time when 100% of the population believed that the earth was flat.
Okay, maybe not 100%. The Greek philosophers had established that the earth was round as far back as the third century BC. But it wasn’t until the 15th century that it became commonly accepted. It’s always the Greek philosophers cracking the code back in the times. 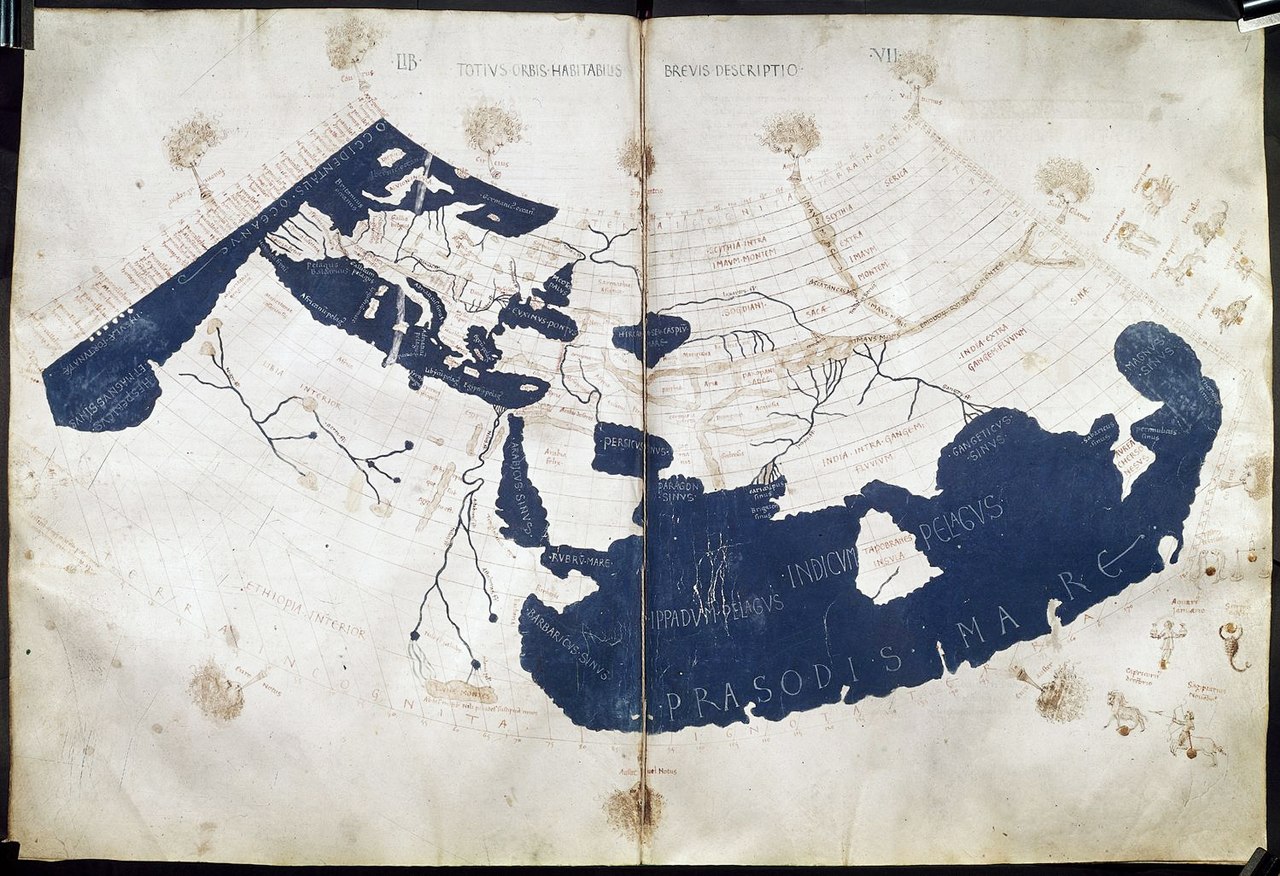 What made them question the planet’s shape back then?

It was Eratosthenes in 240 BC, who noticed one fine afternoon in June that the sun was directly above a town called Syene in a deep well by seeing the reflection. At the same time, in Alexandria, which is around 800 KMs away, the sun’s angle was 7 degrees off.
If the earth was actually flat, the angle would be identical in both places. From this, he concluded that the circumference of the earth must be 50 times the distance between Syene and Alexandria. (This calculation is not far from the actual circumference of the planet)

The non-flat-earth came out as a sphere, right?

You’d hope. But no. How about a square with a curved cutout?
The Earth, with longitudes and latitudes (inaccurate to some level), looked like this to the cartographers of 1300 AD:
Source: University of Melbourne

The scientists did eventually realize that our planet is more like a globe than the square box cutout from the picture above. For various reasons: We see the top of the ship’s mast coming into port first and not the entire ship altogether. All other planets and celestial bodies are spheres During a lunar eclipse, the Earth’s shadow on the moon is curved.

Since that realization, we’ve been finding more proof that makes our planet spherical/elliptical.

Alrighty, that was it for this KD issue.
You know you’re reading this on the website, and you could get this sent through the mail as well?

There’s also a special version of Knowledge•Day called the KD TiLT which is only sent to the subscribers. You don’t waana miss that.