It’s been a while since I sent the last issue. I apologize for the unannounced break that I was on. But I’m back, refreshed. and with a good long read for today’s issue. This is the issue #36 of Knowledge•Day, the second one in 2021.

It is a new year, and America’s seeing some fun times already. Trump’s been thrown off of Twitter and Facebook and for some reason a free speach app gets smashed. Parler is a twitter alternative that’s been trying to make some space since it’s launch in 2018 and suddenly get’s removed by Google and Apple stores. Because a sizable community on the platform is Pro-trump and were unionizing.
App developers be like ­Ъци

Anyway, interesting things keep on happening everywhere, One of those is the popular dot-com bubble a crash that happened ~20 years ago.
What crashed? What was the bubble, today we cover that. Join along.

P.S. If you were forwarded this email by a friend, please save their efforts and sign up here so you get the next issue onwards for yourself directly.

You’ve most probably heard of this. If not, then I’m about to throw away the rock from above you.

Also called the internet bubble, you are reading about a thing of 1990s and early 2000s. The 90s was a period of rapid technological advancement after the creation of mosaic in 1993, one of the world’s first internet browsers (mosaic wasn’t the first but the first to pull noticeable adoption). Opened to supreme flexibility and endless possibilities. This allows personal computers to use the world wide web and this also started the fundamental transition of computer from being a piece of luxury to house hold material.
With mass adoption comes mass opportunities. And entrepreneurs began to see untapped potential within this industry, The result was and enormous wave of new internet companies such as Amazon, Yahoo, GeoCities among thousands of others.

Mosaic might be the early bird, but wasn’t very stable or intuitive. Enters Netscape Communications in 1995, they released and distributed Netscape Navigator. The browser being free, faster and more intuitive quickly set the benchmark in the browser field and easily overtook Mosaic as the most propular browser. 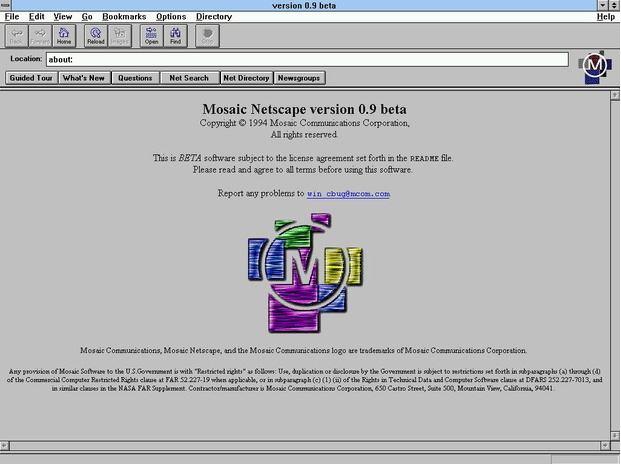 Clearly with new internet forming up as soon as this new thing called web browser had emerged. Investors and entrpreneurs saw this as an opportunity and they started pushing-in money to the internet companies.

Netscape being a free browser was gaining all the traction it could but wasn’t money for the company. Seeing the traction and trend adoption, they launched their IPO (Initial Public Offering: Process of opening the company shares to be owned and traded by the general public). Naturally, for the times the IPO took the world by storm, everyone overlooked the past revenues of Netscape and joined the bandwagon of internet’s exponential growth. The Netscape stock price doubled on the very first day of listing.

In a nutshell, that means more companies, more IPOs and more investor money. From 1995 to 1999, hundreds of dot-com companies had their IPOs resulting immediate responses from investors. Recipe for investor FOMO.

With all the quick success and money in hand, Companies had more to spend without any growth strategies and they began to employ a “growth at any cost” tactic. Which in a nutshell means spend all you want in marketing.

They were seeing growth but with not enough to make profits. Nevertheless, the FOMO was so high that in 1999 alone, almost 500 companies had their IPOs and most of those were dotcom stocks, Even further: 117 of them had their stocks double in value in the very first day of trading.

Contrast that with today, that’s a rare case.

“What goes up must come down”
Issac Newton

Newton for sure wasn’t much of an investor, but the fundamental applies. The fundamentals here suggested that the dotcom companies were overbrought, the FOMO was high.

Nothing in the internet businesses changed, but while NASDAQ index was around it’s all time high of the time, The Japanese government accounced that Japan’s economy had entered a recession. Recession is a large-scale event that affects investors’ confidence globally. And that’s what happened.

It triggered the mass sell-off of stocks and by the end of 2001, over $1 Trillion worth of capital had vanished into thin air. The bubble had finally burst.